Cultural studies have offered up a spectrum of possible realities across human experience.  It is astounding how people all over the world perceive and understand elements of reality and their sense of selfhood in completely unique ways. Surveying a sample of the diversity of perceptions alive on Earth inspires us to behold our own beliefs and invisible assumptions in new light. We are all raised in unique environments and cultures that impart particular ways of interpreting reality, a truth that reveals the unlikelihood that any given experience is more valid than any other.

For example, in many Western societies (such as America, Germany, Britain, and Switzerland) time is perceived as a precious commodity that moves in a linear fashion.  We focus on future events and do our best to make every moment valuable as they quickly slip away from us.  Compare this to Southern European countries like Italy and Spain, where timeliness is irrelevant in light of relationships and conversations.  When and how long something occurs is irrelevant, merely that the interaction happens is significant.  Using analysis of language we’ve learned that time is perceived in unique ways by the Hopi Native Americans and the Piraha from the Amazon.  While the structure of a language does not limit our capacity for different perspectives, the respective languages of the Hopi and Piraha indicate that because they do not have terms for “future” and “past”, they theoretically experience time differently from cultures with more explicit symbols for these ideas.  It has been described that they experience the present as concrete fact and everything else as variations of probability rather than events on a projected timeline.  Malagasy from Madagascar visualize time in a unique way as well, seeing the future as passing through the back of their head and the past as spread out before them.  This has to do with being able to see and know the past, whereas the future is behind them because it is unseen/unknown. 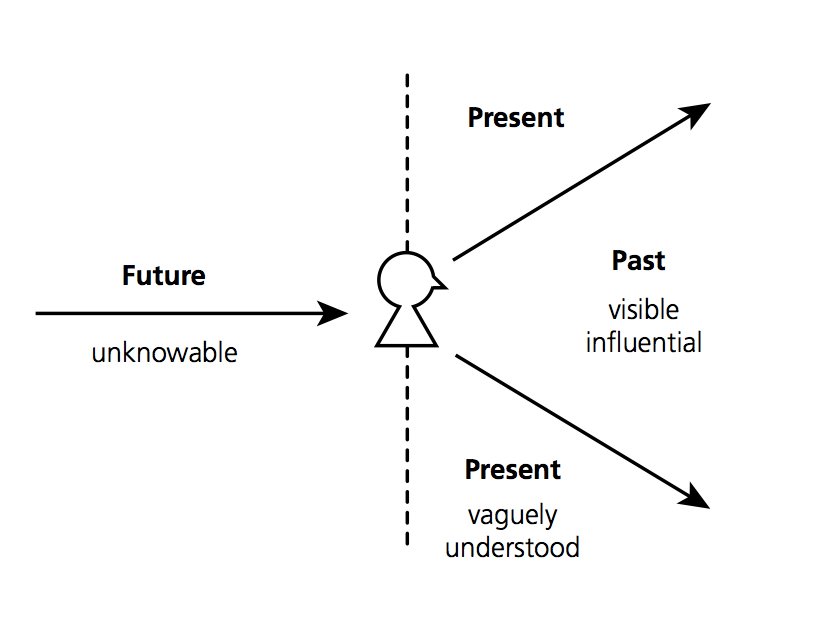 Equally captivating is human variation in relating to the space around us.  While many cultures use directional language like right, left, behind, in front, plenty of cultures use cardinal directions to describe where to move and where things are.  Geocentric orientation is due to being taught to pay attention to oneself in relation to the cardinal directions based on observations of nature from the time someone is still very young.  In egocentric orientation (right, left, etc) we base directions on the self instead of our environment.  The experience of personal space and what is appropriate changes depending on where you are in the world.  In Western countries like the USA, England, and Germany, personal space means at least three feet with friends and family and ideally at least six with strangers.  In Middle Eastern countries like Saudi Arabia, being closer is more normal, and yet again in Asia even less space is acceptable.  In South America, it’s also common to touch people frequently while communicating, whereas in many Western countries and in Asia, this is not usually an appropriate thing to do.

Cultures across the globe approach parenting in various ways as well.  Parenting is generally seen as a process intended to groom the most successful, well-adjusted, and happy offspring, and these terms can mean something distinct in each culture.  American parents tend to emphasize competition and foster their children’s’ gifts so that they may achieve as much as possible.  In Japan, independence is encouraged by sending children under ten out into the city alone to accomplish errands.  In Namibia, mothers do not make eye contact with their children in order to establish systems of authority and encourage them not to seek attention.

Markus and Kitamaya (1991) produced a fascinating study on the contrast between generic Western and Asian concepts of identity.  They discovered various differences in cognition, attention, emotion, and perception based on whether an individual’s identity was founded on independent or interdependent grounds.  Western independence, the notion of the self as an individual, results in focus on autonomy, personal attributes and individual goals.  Asian interdependence, the concept that identity is interwoven with family and friends, puts focus on harmony and social responsibilities.  A related example of the interdependent self is in the indigenous Maori of New Zealand – they sometimes refer to the achievements of their tribe with “I,” indicating their identity being linked strongly with their group.

Aside from these examples that appear more static, it is also fascinating to see that our definitions of core cultural values shift through time.  The institution of marriage in America has evolved dramatically from its original form and our relationship with divorce has also changed drastically in the past few decades.  Love itself has been understood in completely different ways throughout history.  Today we tend to think of romantic love- a wild state in which you are struck or infected by uncontrollable yearning that is only tempered by uniting with the individual the feelings revolve around.  Once consummated, this kind of love is expected to provide endless happiness and fulfillment.  Contrary to the common belief that this notion of love is inherently part of human nature, this story was invented by us and is not a universally accepted definition. Descriptions of romantic love as we understand it did not appear in world literature until the Middle Ages.  We often assume marriage has traditionally been based on love, but it was originally established for the practical purpose of social organization.  Marriage was arranged for making alliances, connecting families along the social ladder, and creating a stable dynamic in which to raise children.  Love was not an ingredient in this recipe and romance was often reserved for affairs.  Before we began waving the flag of romance, cultures chose to define love in a multitude of other forms.  For example, in ancient Greece it was defined in six specific manifestations.  Asian cultures have terms for the specific love involved between a parent and a child.  Today, many of our assumptions as to the nature of reality are the result of ingesting media that continually affirms a particular interpretation.  Our current, most pervasive conception of love has been hammered in by endless stories, movies, and music. 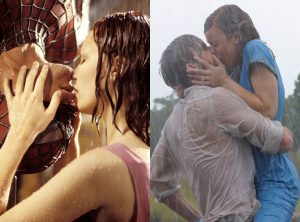 Across the boundaries of geography, language, history, and culture as a whole, there are numerous examples of unique perceptions of the same concepts.  These informative lenses invite us to examine our own beliefs and views through the humility of cultural relativity.  While embracing a sense of awe for the diversity of possible realities in life, we can appreciate how and why we became what we are.