Contrasting a life of discovery with a life that overlooks it can highlight the qualities that make intentional exploration rewarding. While there are choices, questions, and practices we may employ to find and create meaning in our lives, there are likewise choices, questions (or rather lack thereof), and practices we may use that fail to recognize growth paths and deeper meaning. Primarily, this lifestyle can be characterized by unconscious notions of fear, superficiality, and apathy. This is not to imply that a person in this category is a nihilistic sybarite who is constantly in conflict due to their fear of being wrong. The lifestyle that inadvertently circumvents discovery has a softer edge to it. This person, like all of us, is making the best decisions they know to make and is mostly unaware that other options are available (especially on an experiential level). The intention of describing this approach is not to condemn it, because there is nothing wrong or bad about it. We all live into these thought processes at one time or another in our lives.

“The Anti-Discoverer,” is an experimental manifestation of practices that do not notice the potential for discovering meaning.

It does not occur to the Anti-Discoverer (“AD”) to ask or answer questions, especially in successive, spiraling, deeper ways. Reality is accepted as it is presented by mainstream culture and the individual’s traditional history of politics or religion. These forces combine to create a clear image of rightness and wrongness that serve as the basis for automated judgments that are instinctively indulged, although the AD would not agree with such a statement at the outset. A reality of this regard allows the AD to consistently be correct- he/she knows she is right and others are wrong, and that only others, really, have the option to change. With a lack of questioning of assumptions, there are rarely new insights gleaned or growth experienced. The AD defines his/herself based on common labels and uses the simplicity of these labels to further justify his/her narrow system of morality.

Despite the fact that the AD is very often right, he/she is rarely in charge of his reality. External events determine the inner experience of an AD. In other words, the AD seeks external events to create an internal state, chasing the proverbial carrot dangled in front of the face. When she experiences happiness, it is because something happened that created it for her. Likewise with anger and sadness, these emotions are the result of the actions of other people or events largely beyond the individual’s control. The AD does not often or readily realize there are other ways to relate or react to life, and absentmindedly gives power away rather than experimenting with creating a desirable experience of reality through perception.
In a similar, but rather ironic vein, the Anti-Discoverer accepts deep down that he is not enough and will only measure up in the future. Underneath the guise of instinctive correctness is a deep insecurity that the AD must strive to fit the labels that society deems as valuable. While deeper changes do not often take place, he desires to conform to systems that only provide temporary relief from this struggle. 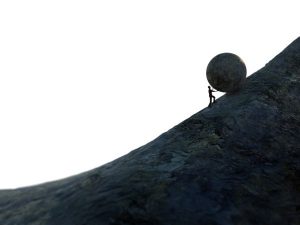 The life-path of the AD is knowingly or unknowingly dictated by mainstream conceptions of value such as monetary success, consumption, popularity, and vanity. Joy and success exist for the most part in the future (or when enjoying manufactured external events/things), and life is mostly a process to reach the next goal. The Anti-Discoverer believes that things will be better when X, Y, or Z occurs. The present is either constantly an inconvenient chore that must be gotten over with as quickly as possible, or the suppression of boredom through consumption of activities and goods intending to improve current conditions. This can lead to enjoyment, but the AD must be frequently engaged in something in order to experience the joy that eventually dies off after the activity is completed.

Relationships tend to stay superficial to medium depth zone for the AD. Conversations live in a polite zone that does not touch deeply on sensitive or personal topics. If these topics are breached, he/she may become very defensive or shut down and not be open to considering the possibility, or opposition’s viewpoint. When conflict avoidance is not employed, arguments occur to prove the correctness of the AD, not to resolve an issue. The AD surrounds oneself with materials/information/people that rarely deeply question core assumptions/ways of being/seeing.

The majority of the Anti-Discoverer’s decisions are based in fear in that the AD will unconsciously choose not to experience anything very unfamiliar. Safety lies in routine and recognizable events, environments, patterns of thought, and people, with perhaps sparse forays into experiences that verify to the AD that they are not so sheltered. Ultimately the AD will follow the path of least resistance, although it is unlikely to feel that way. He will choose activities that he knows he is capable of doing, choose a job that does not provide extensive challenge (likely of a functional nature as opposed to a job with purpose beyond the income it generates), and will spend time with people that think and behave the same way. The unknown itself and the potentiality of significant failure are unattractive experiences due to their inherent discomfort. In avoiding them the AD is allowed to remain relatively safe, unchallenged, and reliably right about how to experience life.

Living a life bereft of intentional discovery is not a life without happiness. The Anti-Discoverer covets ease, and I believe most of us can relate to that. However, while easy experiences can be enjoyable, they refrain from challenging us and do not lead to significant growth or greater understanding. 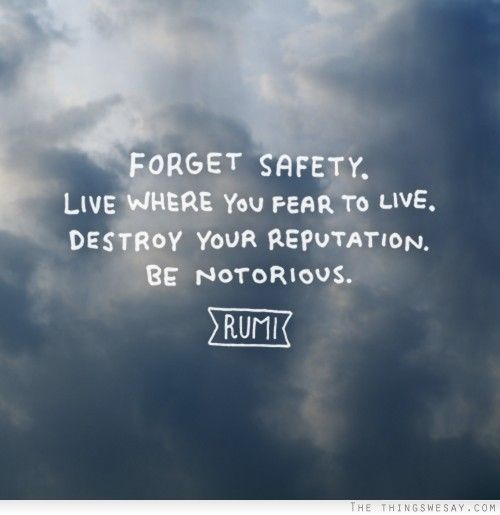